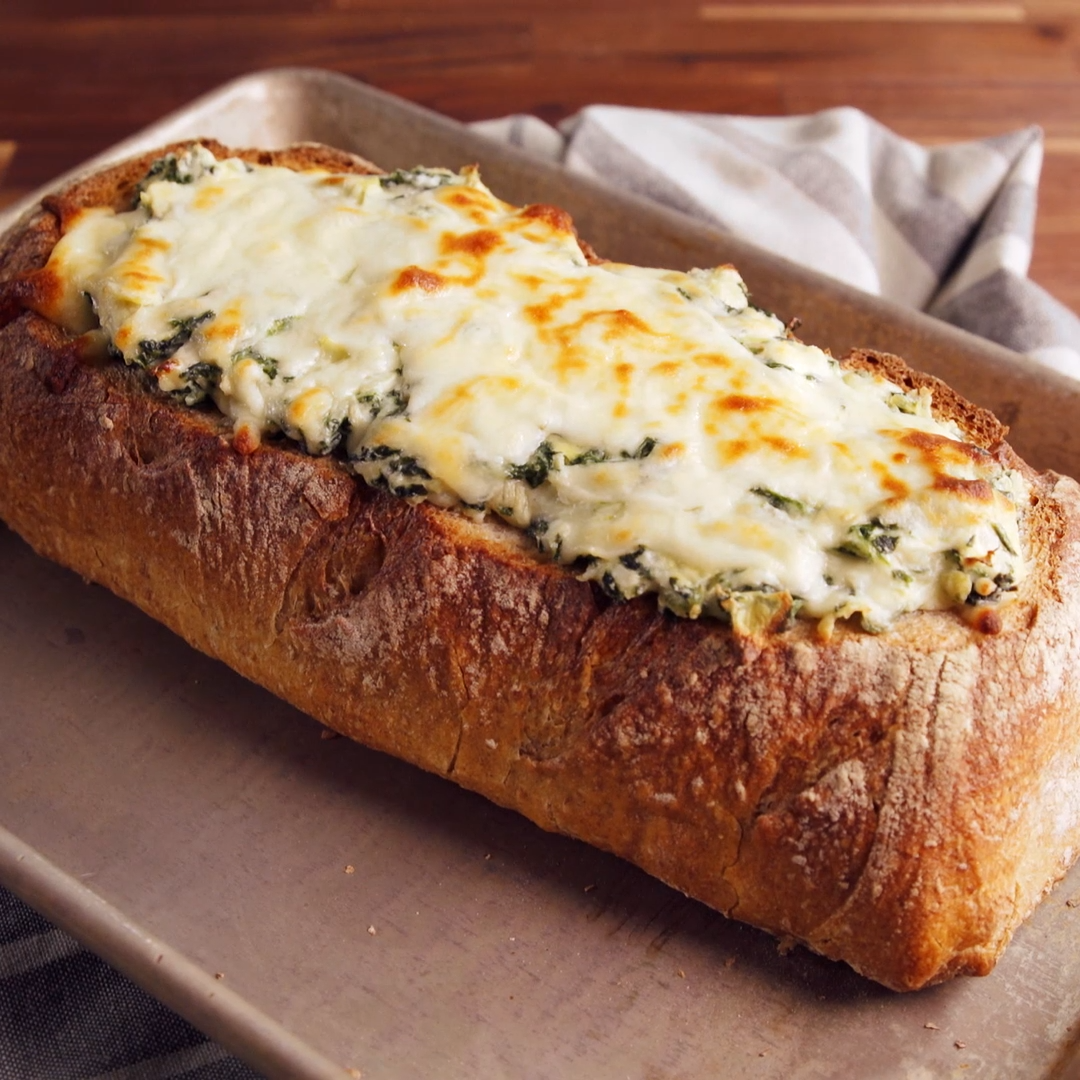 Spinach-Artichoke Stuffed Bread will save your friends from fighting to get into the dip bowl. Full recipe at Delish.com.