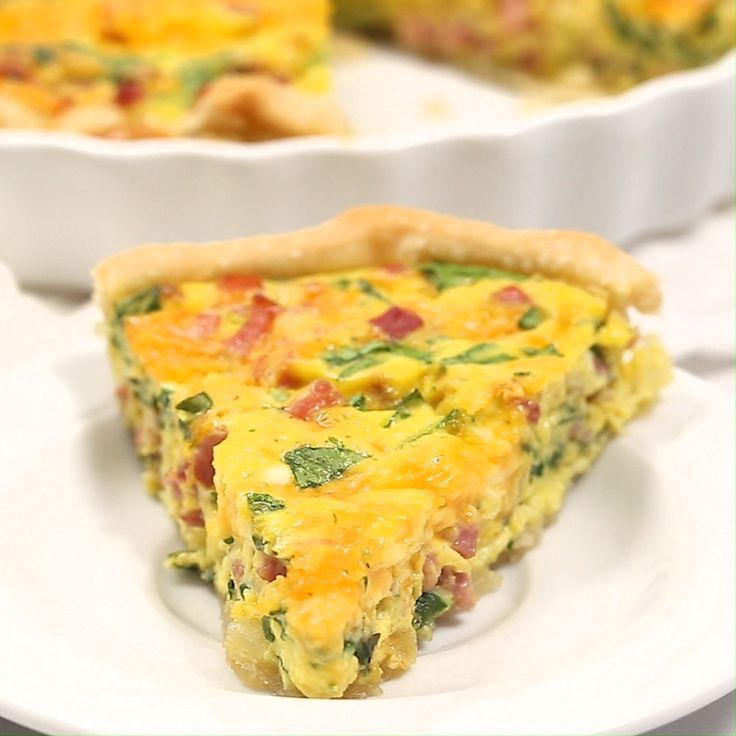 Everyone loves this Ham and Cheese Quiche and it only takes 10 minutes to prep! It’s made with a pie crust base, eggs, spinach, ham and cheese in the filling. #quiche #eggs #ham #breakfast